The Miami condo market is very diverse and offers a large number of different solutions for those interested in purchasing or renting a condo. People from all over the world are attracted to the vibrant Miami area and its supreme climate for relocation. Miami condos are also popular among vacationers as well as investors. The recent decrease of the dollar value on the international market has made Miami condos an even more interesting option for many Europeans looking for a home away from home, a place in which to retire or just a good investment.

Location, location, location – is the mantra of the real estate business. This is naturally true for Miami real estate as well. The beach front condos are the most popular ones and consequently the most expensive ones to obtain. Just by choosing a condo a few blocks away from the beach you can save huge amounts of money. A Miami ocean view is astonishing, but certainly not for free when we’re talking real estate. South Beach is one of the most popular areas of the Miami condo market, not only due to its proximity to the ocean but to its famous nightlife and gastronomic scene as well.

Another highly esteemed part of Miami is the Brickell neighborhood. The Brickell region is commonly referred to as “the Wall Street of the South” and the condominium towers share the space with over 60 commercial banks. This area is typically marketed as a more strict and upscale alternative to South Beach; a neighborhood ideal for those who prefer a downtown environment instead of a sandy beach. The Brickell community is inhabited by people who want to avoid long hours of commuting.

In Brickell it is possible to be close to work as well as to downtown entertainment, but still live in a relaxed area suitable for recreation. The fact that popular South Beach restaurants are beginning to setup finials in Brickell is only one of the signs that predicts how Brickell will turn into an even more sought for area in the future. Three years ago it was possible to buy one of the smaller condos in Brickell for $115,000. Today you must be prepared to pay at least $200,000 for the same condo. The condos in Brickell are however still very reasonably priced compared to the condos located at Miami Beach. A Miami Beach condo of the same type as the $200,000 Brickell condo would cost you at least $500,000.

In such a popular area as Miami there will naturally be a shortage of suitable lots for new condo developments, and the Miami condo market is now stretching into the older neighborhoods and has even reached the suburbs. Downtown Miami has seen a lot of new development recently. Further expansion down Miami Beach is naturally another extremely lucrative business for Miami real estate developers since the Miami real estate market shows no signs of cooling down, particularly not when we’re talking ocean front properties.

If you visit Wynwood, a neighborhood located not to far from the very popular South Beach district, the recent expansion of the Miami condo market will be very evident. What used to be large warehouses and grocery stores are currently being turned into condos, lofts and smaller apartments. Wynwood is also witnessing a huge change of the cultural scene as more and more galleries and private museums find their way into this new and exciting neighborhood. Wynwood is only one example of how condo development is taking place in almost all the not to remotely located neighborhoods in the Miami area.

The Miami condo developers are now turning their eyes towards the Miami working class neighborhoods. Former blue collar neighborhoods such as Little Haiti, Liberty City and Overtown are already overflowing with condos. These neighborhoods have become very popular for those who wish to own a Miami condo but can’t afford to pay for ocean front properties at Miami Beach or get luxury condos such as the Four Season Residences.

Those who are still willing to pay for an ocean front condo should take a look at the South Pointe region. This used to be quite a shady area with a high crime rate and the median family income in 1995 was below $ 8,000. Today, this has changed and condos in South Pointe are already worth several hundred thousand dollars. Two new larger developing projects have been launched that will add 67 and 199 units respectively to the South Point housing market. The largest project of the two is the Continuum North Tower, a 199 unit property located at the end of South Pointe Drive. Continuum North Tower includes properties ranging in size from 1500 to 4000 square feet.

The penthouse apartments are even larger: 7000 square feet. Continuum North Tower will not be finished until late 2006 or early 2007, but prospective buyers are already lining up for the chance to own a Miami ocean front property. The other project, Apogee, is a smaller complex and will include 67 condos in the 3100 to 6900 feet range. Apogee will be 22 stories high when finished and asking price will most likely be in the $ 2.5 million range. For this price your will not only get an ocean view, but high ceilings, modern design, indoor and outdoor grills etcetera. The Penthouses in Apogee will probably go for at least $ 15 million each.

According to some analysts, a shortage of available Miami condos can be expected in the near future, but it is always hard to know for sure. The increased surge for Miami condos has launched a multitude of development projects. There are currently a large amount of projects on the verge of completion, aiming to provide the Miami condo market with everything from comparatively inexpensive studio-style condos to super exclusive condos with ocean views and all imaginable amenities. When the price began to rise even for the smallest condos, the Miami condo market consequently opened up for the development of a large number of more exclusive luxury condos.

When buyers are forced to pay ever increasing amounts of money for a tiny ocean front condo, they want to feel that they are getting supreme quality for their money in terms of style and amenities. Installing exclusive features, such as a Jacuzzi, will still only have a marginal affect on the price of the condo. On Miami Beach the largest part of the price is defined by the much sought after location of the property. Some of the most expensive condos on the Miami condo market can today be found in The Miami Four Season Residences. In the year 2005, this condominium complex offered condos priced from slightly below $ 700,000 and up to above $ 6 million. A lot of these condos are fashioned in a chic Euro style manner and have access to wine and cigar lounges, a health Spa, exclusive gyms and other selected services.

Florida is a popular state to live in, but no other city in Florida experienced the same remarkable surge for condos during the last few years as Miami. Some prospective buyers hope that the prices will drop when all the projects have finally settled. Estimations show that more than 50,000 condos will be added to the Miami condo market within the next 10 years. In downtown Miami a 35 story condominium tower named the Avenue is planned to be completed in 2007, and will add 570 condos to the Miami condo market.

The Avenue is accompanied by more than 70 other condo developments in the area. One of the larger projects in Brickell, the Mary Brickell Village, is believed to be completed by the end of 2006 and will then provide the Brickell neighborhood with a large number of new luxury condos. This could cause the prices to stabilize in Brickell, but don’t count on it. The completion of two other major condo projects in the Brickell region, the Plaza and Neo Lofts, did not cause the prices to plummet – quite the contrary.

Metropolitan Brokers is the publisher of this article and is a brokerage firm offering full listings of miami condos (www.metropolitanbrokers.com) for sale. They also provide full brokerage services for both residential and commercial real estate in the Miami area.

Author Bio
Metropolitan Brokers is the publisher of this article and is a leading provider of miami condos and real estate, providing full brokerage services for both residential and commercial real estate. Permission is granted to reprint this article, either online or in written publications, as long as this resource box and the link to www.metropolitanbrokers.com are attached at the end of the article. 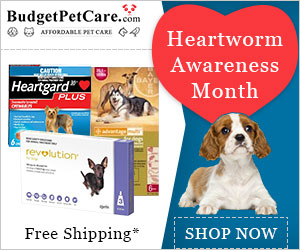